HIMSELF FOR CLIMATE ACTION

As world leaders meet in Egypt’s walled off resort town of Sharm El-Sheikh East Africa is facing the worst drought in forty years and cyclones are ravaging countries like Pakistan and Bangladesh. With very restricted access to the Coca-Cola sponsored COP27 summit activists are finding other ways to push for climate action.

“At first my father didn’t understand why I used so much time on activism. But when he saw how our campaigns reached national and international news he was proud of me. So he donated this house to our cause”.

21-year old Naeem proudly shows off the little shack made from metal sheets nested between square fields of water in Bangladesh’s western river delta. These fields used to be rice paddies but are now converted into much less lucrative fish and shrimp farms after repeated cyclones have contaminated them with salty sea water. Inside the shack activist banners calling for climate justice decorate the walls. On a table at the far end are several trophies awarded for campaigns that Naeem and his friends organise from this humble office.

“When I was 7 years old our house was destroyed in a cyclone. More than 60 people in our village died and we were forced to move and rebuild our lives here,” recounts Naeem.

Naeem and his family live in one of the world’s most vulnerable areas when it comes to climate change. On average more than 1000 people migrate to Bangladesh’s capital Dhaka every single day. Many of them are fleeing climate related disasters like cyclones that destroy their houses, devastate their livelihoods and damage their health.

Farmers harvesting paddy at a flooded field near Dhaka, Bangladesh, on April 2022.

One of the major problems people in the river delta are facing is salination: As cyclones increase in frequency and severity they erode embankments and allow the salty waters from the sea to pollute fresh water used for drinking, hygiene and growing crops. The result is not only that rice, coconuts and fruit trees have become near impossible to cultivate but also that years of drinking and bathing in salty water causes hypertension, skin diseases, infections in the urinal tract and serious problems during pregnancy.

As he has grown older Naeem and his friends have started asking questions about the inaction of both local politicians and leaders globally: Where is the permanent embankment that should have been built to keep the ocean at bay? Why aren’t the richest countries in the world helping pay for the damages caused by years of CO2 pollution?

At first their complaints didn’t change much. But by connecting with other young people through the Global Platform network and learning how to organise, map power structures and plan a campaign strategy they have started to see results. Last year Naeem reached national media with pictures of him sitting at the ruined embankments carrying a sign that said “I will sell myself for an embankment”. 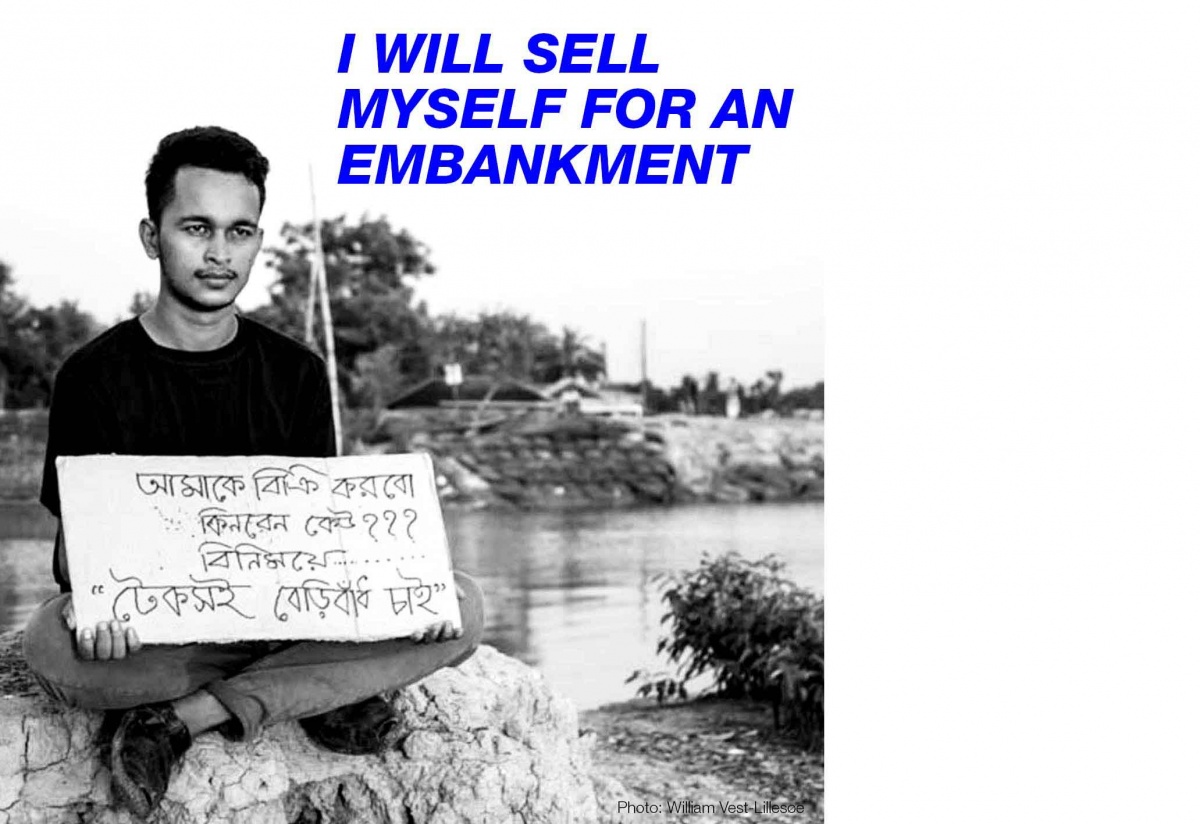 And that is why hundreds of young people gather every week to demonstrate in remote villages and mangrove swamps: Because they have a plan, a camera and lots of social media accounts. They know how to organise and how to bring their very local campaigns to a global audience.

“You know Greta follows me,” says Naeem with a smile. “She often retweets my posts.”

You can also follow Naeem on Twitter, on Facebook and share his messages so they reach far and wide – even to Sharm El-Sheikh and the leaders deciding on a future where the most devastating decision will be to do nothing at all.