Though EndSARS protest have been making headlines across the globe, the list of untold stories of young people being brutalized by Police forces are increasing by the day.

Police brutality across Nigeria didn’t start in 2020. Like many uprising across the world, it is a matter of piled up oppression. Special Anti-Robbery Squad (SARS), is a unit of the Nigerian Police, set up for robbery, fraud and related crimes.

The rate of poverty and unemployment in Nigeria has kept the crime rate exceedingly high. It is evident in the rate of migration, fraud and insecurity in the nation. Young people have been pushed to go extra miles to feed and to access basic amenities.

Before the COVID-19 pandemic, Academic Staff Union of Universities (ASUU) in Nigeria went on a national strike. This strike lasted till the start of the pandemic and continued afterwards since the government refused meeting the demands of the Union. This has pushed even more young Nigerians on to the streets and at the mercy of the Special Anti-Robbery Squad (SARS).

During the COVID-19 pandemic, Nigerian government enforced a compulsory lockdown to reduce the spread. Millions of Naira (our national currency) was signed for the purchase and distribution of palliatives, yet many Nigerians went to bed hungry and woke without assurance of meals. Amidst the hunger, the Nigerian police raped and brutalized women and girls for not having nose masks. 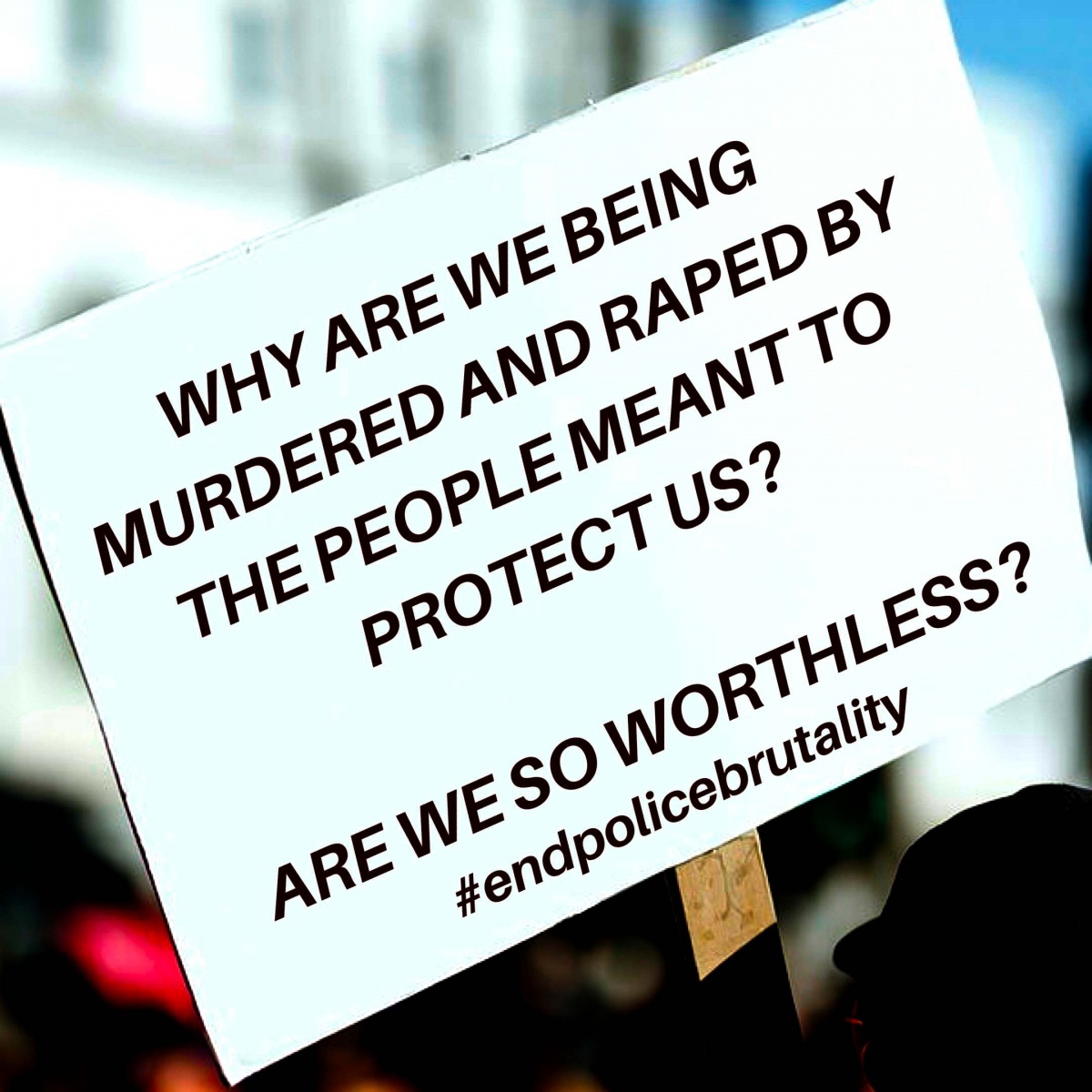 In April 2019, the Federal capital territory was raided by the Nigerian Police. This raid saw the unlawful arrest of about 70 young women and girls just two weeks after the arrest of 30 women from different night clubs in the same city. These women were raped, assaulted and abused in police custody. These are large numbers, yet small compared to daily arrests, abuse and murder of Nigerians by the Police.

Laptops, iPhones, dreaded hairs and flashy clothes have become a taboo. Young people are arrested for cybercrimes or robbery without shreds of evidence. These arrests are by the same unit that should be protecting us. They are championed by the Special Anti-Robbery Squad.

“I was charged and nearly killed by SARS on my way to repair a spoilt laptop. They said I had incriminating things, in a laptop that doesn’t even come on. I was allowed to call my family when I told them my sisters stay abroad and can pay 500,000 Naira,” the young activist Tony lamented to Whisper to Humanity.

A medical student collapsed after her missing brother’s corpse was brought in for practicals in medical school. Her brother left home two years before and never returned, they reported to the Police, who promised to intensify the search. Same police were later reported to have deposited the corpse in the morgue after killing him.

Another young Nigerian, Chika, while speaking to Whispers team on the protest ground "Every and any day I see SARS, I run and hide as if I'm guilty of something. I have been gang-raped by these people, they even threatened to kill me and burn my body, I didn't doubt them, they have done it severally".

After a video of SARS brutality went viral, young Nigerians saw it as a huge avenue to mobilize and build a movement to stop the vices. More videos were shared and the energy continued to spiral across the nation. This was all happening months after the initial endSARS protests and online mobilizing.

The leaders must have expected the usuals, but something was different.

The issue of police brutality in Nigeria is oppression felt by all genders, sexualities, tribes, age groups and religions. The intersectionality of this oppression strengthened the protests and campaigns. 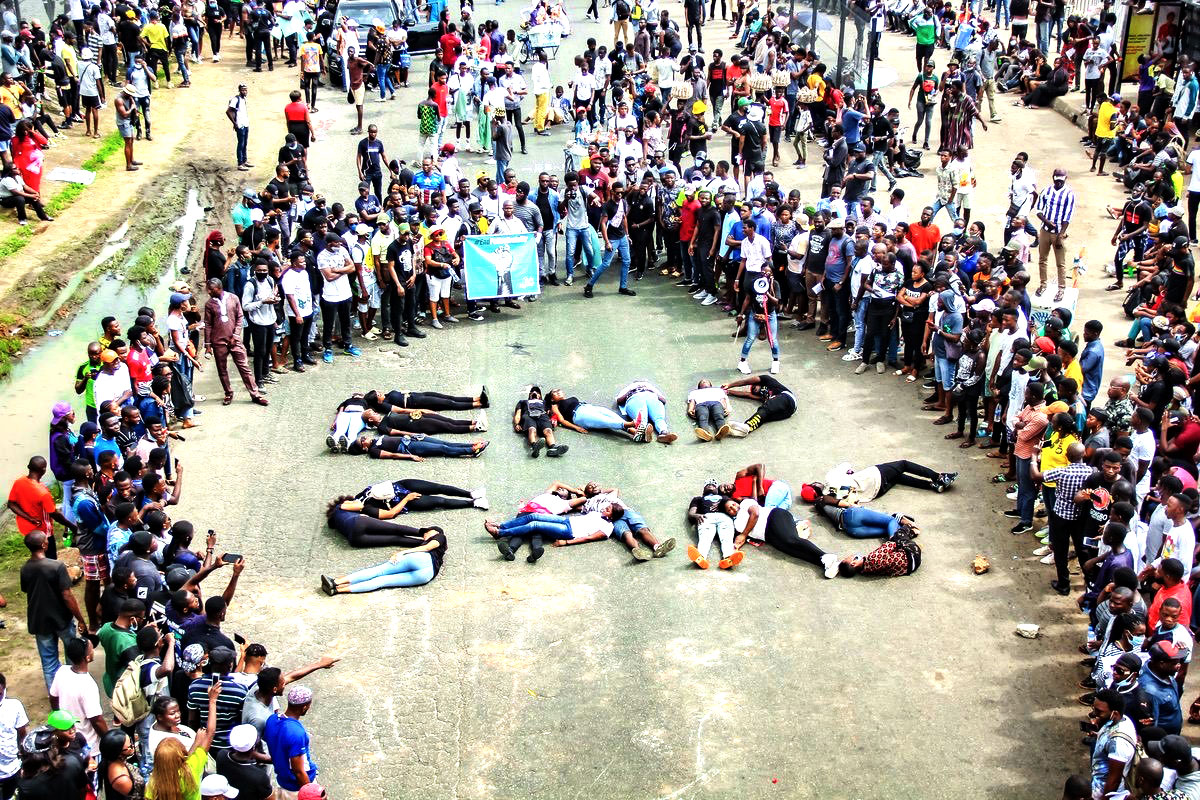 The peaceful protest turned into a blood bath after the demands gained international recognition and the young protesters put the nation’s economy on hold. While the government still refuses to acknowledge these killings, mobile cameras caught many of the protest disrupters getting into official vehicles. These disruptions across the nation birthed the invite of the Nigerian army and saw the gruesome murder of young Nigerians. Till date, neither the government nor the military has owned up to these killings.

The Lekki Toll Gate massacre in Lagos drew the attention of the world to the inhumanity thriving in Nigeria.

However the atrocities seem to go far beyond Lekki Toll, as countless protesters and passersby have been brutally murdered across different states and cities in Nigeria, according to community activists. Most of these deaths continue to go unreported by local and international media.

As Whisper To Humanity we are working with other youth platforms to review and reform the Nigerian Police Act.

But all those murdered before, during and after the protest are yet to get justice and most of the injustice is still unreported.