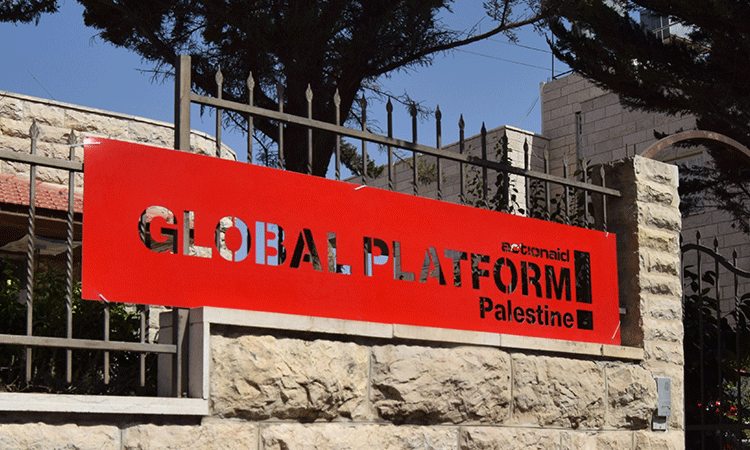 HOW TO GET THERE 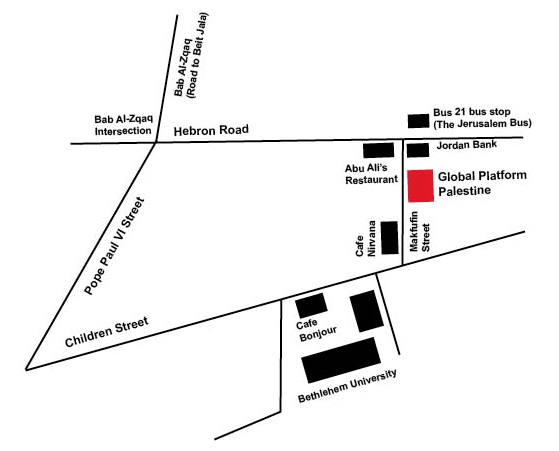 When travelling to Israel and the Occupied Palestinian Territory (oPt) make sure your passport is valid.

The citizens of the following countries will be issued tourist visas (visit visas) free of charge upon arrival in Israel:

The maximum validity of the tourist visa is three months. Citizens of countries not listed above must obtain a tourist visa from an Israeli diplomatic mission prior to travelling to Israel. Please also note that on arrival visa may not be granted if your current passport has the stamps of your visit to Pakistan, Afghanistan, Lebanon, Iran and Syria. Therefore, it is advisable to travel with a new passport if your current passport has visa of one or of these countries.

The most used currency in Palestine is the new Israeli Shekel (NIS). There are many ATMs all over the city, and it is easy to withdraw money. Approximate exchange rate is 1 NIS = 1,68 DKK and US$1= 3.89 NIS (February 2015). Remember that when withdrawing in an ATM you will pay a visa service charge (app. 30 DKK).

There are no required vaccinations, however, Hepatitis A and B is recommended.

Bethlehem is in general a safe city, and theft and other crimes are usually not a problem. However, clashes between Palestinians and settlers or Israeli soldiers can take place in the West Bank, and you must be aware in which areas you move around. Take care when travelling in the West Bank and avoid walking on your own outside of the city at night.

The official language is Arabic, though most people understand English. People usually greet each other saying “Marhaba” (meaning: Hello!) or the more official “Salam aleikum” (meaning: God be with you). It’s also polite to say a “Shukran” (meaning: Thank you).

There is free wireless internet at the Global Platform and at most cafes and restaurants in Bethlehem. Just ask the people in charge for the password.

Bethlehem is one of the most liberal cities in the West Bank, partly due to the mix of Muslim and Christian inhabitants and high tourism. However, there are still some codes of conducts to be taken into consideration when visiting the city.

Once a year the Muslim holy month, Ramadan, is celebrated. Try not to eat, drink or smoke in public during the Ramadan, out of respect for the locals fasting. Be aware that most shops are closed during the “Iftar”, when people start eating at sunset, around 19.15. The opening hours of shops are also less reliable during the Ramadan, as most people flip night and day and things tend to slow down.

Bethlehem is a good place to try various kind of Arabic food, but the city also offers restaurants that serve international food like pasta, burgers, pizzas and other dishes.

Bethlehem is especially known for being home to Church of Nativity which is worth a visit along with the Nativity Square that is often used for different events. A walk in the Old City and a visit to the souq (market) is also recommendable for visitors. From Bethlehem, it is also possible to go to other cities in the area – a bus drive to Jerusalem only takes about 20 minutes.

Women are advised to cover knees and shoulders, e.g. wear pants/shorts around knee length and wear t-shirts or shirts. Women will feel most comfortable in pants/jeans/skirts/dresses below the knees, and clothes covering shoulders and avoid clothes showing cleavage, being transparent or being too tight. Be aware of the different signals your clothes will send.