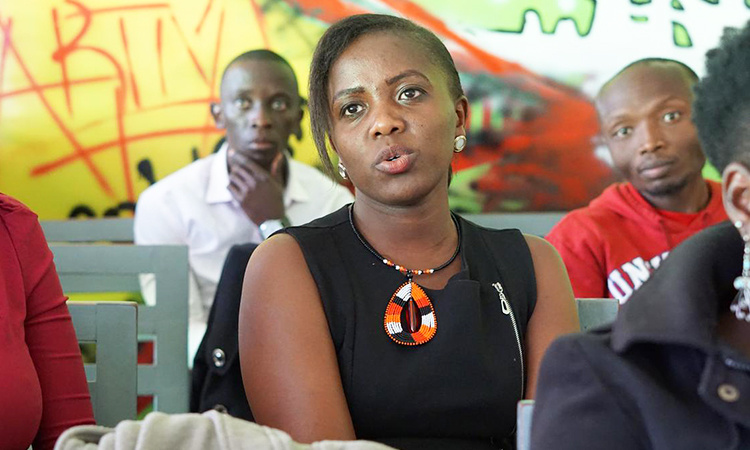 Today the Kenyans are going to the polls, but beneath the voting paper lurks the fear that their democratic right will have a violent ending

The heavy numbers stem from 2007 where the election in Kenya ended in bloody tumults between ethnical groups in due to accusations of electoral fraud.

Today – 10 years later – the violent battles are still in minds of the Kenyan people who go to the polls today to select a president, parliament and local governments. And the concerns were recently given new life when the IT manager of the election commission, who was supposed to make sure that the election went fair, was kidnapped and killed.

For all that, peace is a word that takes up much space for the Kenyans when speaking about the upcoming election. Also for the between 15 and 20-year old Kenyans who have arrived at ActionAid’s hub for youth-led activism; Global Platform Kenya, based in Nairobi, to debate the responsibility of young people in relation to the election.

In the front row sits 24-year old Scarlet Chemarum. Behind and around her people are debating. Money, do they mean everything in Kenyan politics? Is the youth ignorant? Are the young people of Kenya the cheapest vote to buy?

“It is important to have debates like these on how young people can affect the election, why we don’t feel heard and why some doesn’t want to vote. There isn’t much confidence in the electoral system in Kenya. That is why it is so important that we are at liberty to debate it,” says Scarlet Chemarum.

It’s about a year since the Global Platform in Nairobi began bringing up the election for debate. A debate which can hopefully contribute to a strengthening of the democracy and prevent violent clashes in the wake of the balloting.

“We are trying to involve the young people in the debates who have experience with the subject. It doesn’t make any sense that some rich politician is telling them that they should not fight. In contrast, we have had a visit from one of the victims of the violence in 2007,” tells Mary Gsherlie who works as a trainer at Global Platform Kenya.

“It is about creating some role models for the young people, who they can relate to and look up to.”

Besides the debates on what responsibility the youth has in relation to the election and how young people can be a part of preventing violence, the election has been brought up as a topic in the training of young activists during the last year.

The free space for discussions and opinions that the Global Platforms represents for Scarlet Chemarum she will try to bring with her to her hometown outside of Nairobi.

“It is easier to change things when we are more people standing together. Many people in my hometown ask the same questions about the electoral system and the politicians.”

Almost two and a half hours later, the debate is winded up. One person doesn’t want to vote. Another is dissatisfied with the process. But everyone agrees that the youth of Kenya has a responsibility that they themselves and the country get a better future.