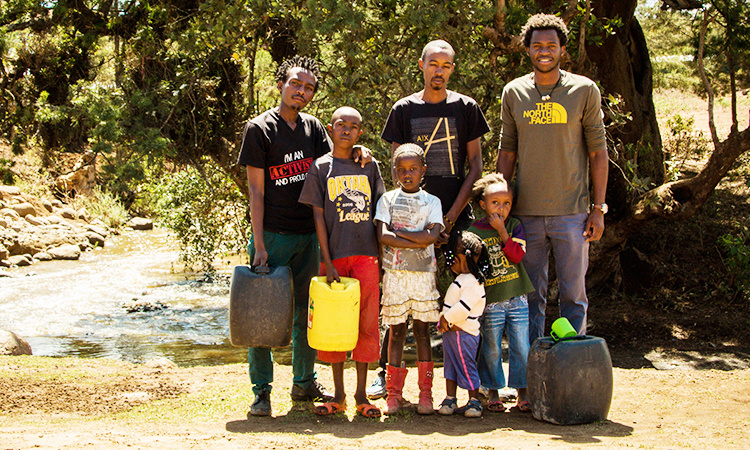 Back in August 2015 ActionAid Kenya, Global Platform Mt. Kenya and a network of committed young people in Nanyuki formed the Mt. Kenya Youth Hub. This youth-driven hub has given young people in Laikipia County a much needed place to meet, discuss and coordinate political initiatives and activities. A campaign training supported by the Global Platform enabled young people from the Youth Hub to identify a series of local political issues and decide to launch a campaign on equal access to water.

Like large parts of eastern Kenya, Laikipia County suffers from long periods of draught and water shortage. Young people from the Mt. Kenya Youth Hub have succeeded in generating attention to the right to water and contributed to concrete changes in access to and the distribution of water resources benefitting inhabitants at risk. At the same time, young people in the area are increasingly recognised by local decision-makers as opinion formers and actors in political decision-making processes.

The young people followed up on the activities via the successful online campaign #forgottenmajority and a three-day workshop attended by inhabitants, lawyers and government representatives, among others. As part of the campaign they presented the local government with a series of concrete proposals for a fairer distribution policy.