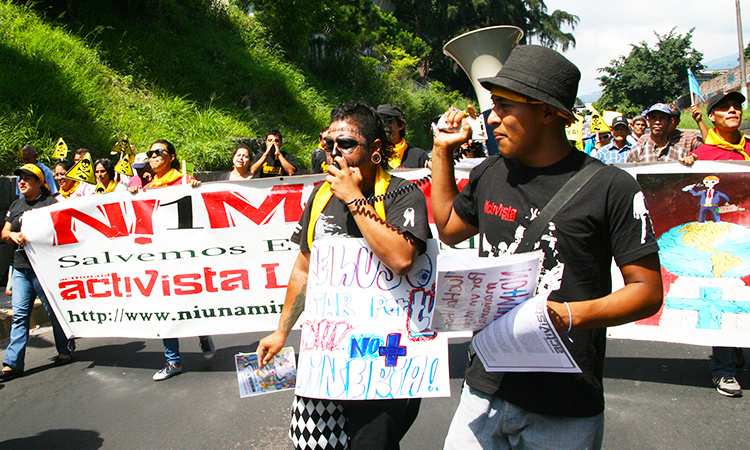 In 2017 El Salvador became the first country in the world to ban all forms of mining. Only 2 % of the country’s original forests are left, and only 3 % of all water coming from natural sources is clean enough to be classified as drinking water.

The ban against metallic mining motivates the establishment and decision-makers to consider new, more sustainable models for financial development. At the same time, this means that the country is able to turn away an industry which in other countries has represented a loss of capital to tax havens, and where parts of the elite benefit from the large legal and institutional holes characterising the governments of many developing countries.

Since 2011 Global Platform El Salvador has played a key role in the effort to demonstrate to the public the problems of metallic mining as well as to organise and involve young people in the struggle for a more sustainable society.